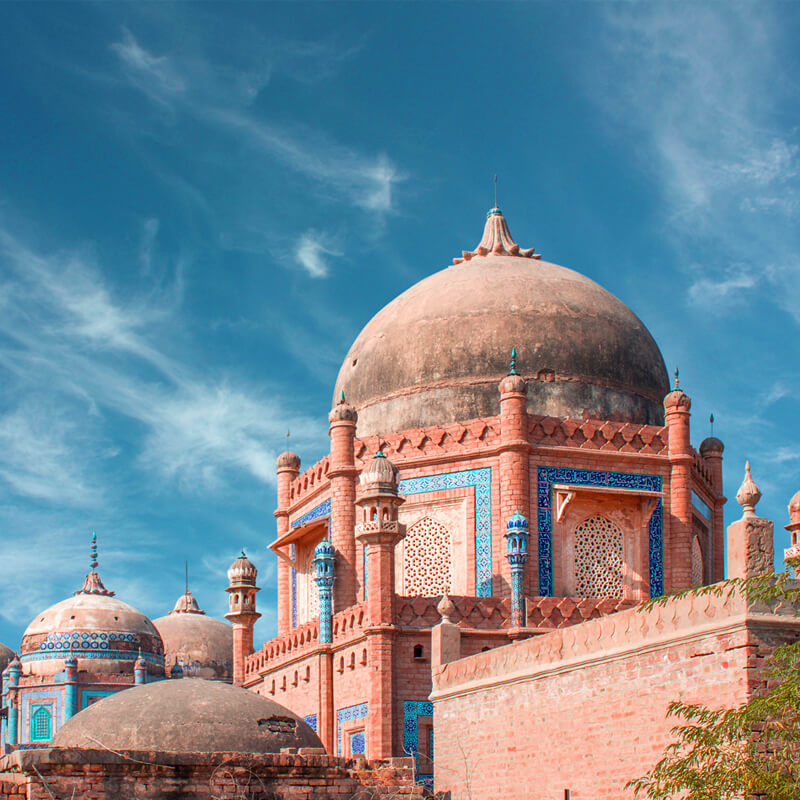 What are the best places to Visit in Bahawalpur? This question comes to mind once we start to plan to visit Bahawalpur. The magnificent City is known for its glorious buildings and the grandeur of Nawabs. Nawabs of the Abbasi family ruled in the area until 1955. As a result, the City inherited a remarkable architectural heritage due to the ruler’s family’s generosity and worth. Bahawalpur is the eleventh-largest City in Pakistan. It is situated in the province of Punjab near the Sutlej River.

Bahawalpur’s urban landscape is characterized by splendid forts, magnificent palaces, and shrines located at Uch Sharif.  The palaces’ spiritual and traditional role in the City’s urban realm cannot be denied when visiting Bahawalpur’s streets. In the stately buildings of Bahawalpur, the rich taste and desire for beauty are apparent. Let us discuss the of 15 Best places to visit in Bahawalpurb that are as follows:

List of the Best Places to Visit in Bahawalpur 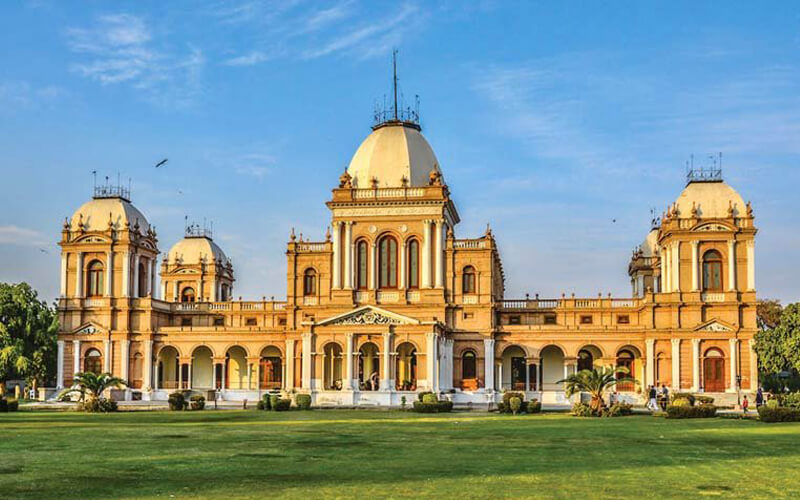 Noor Mahal was built during the British Raj in India in 1872. Neo-classical features characterize the palace. According to legend, Nawab Adnan Abbasi IV had the palace constructed for his wife. However, upon seeing the adjacent graveyard from her balcony, she refused to spend time in this palace.

The palace’s exterior is constructed with bright and colorful bricks, while inside the palace, thick carpets, spectacular paintings, and gardens, including fountains and wells, add to the location’s more attractiveness. In addition, the palace is a historical site that includes many antiques from the Nawab’s era. It is the best place for history and architecture enthusiasts. However, there is a Pakistani military presence at the palace, which uses it as a guest house for hosting international delegations. 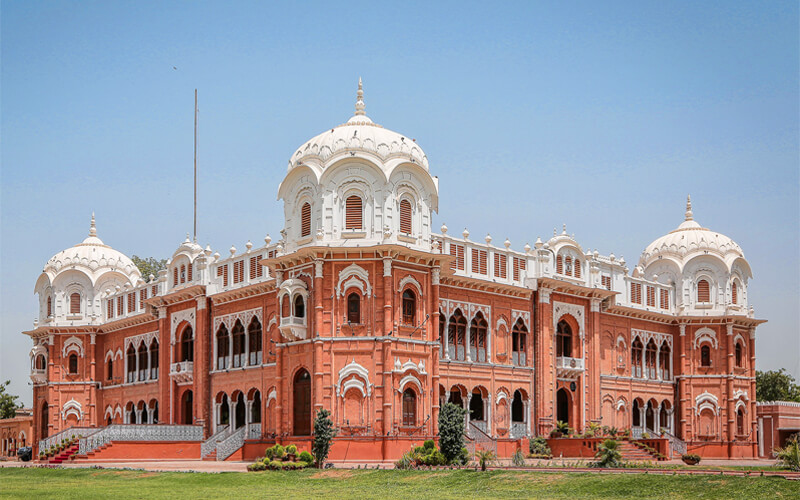 The Durbar Mahal is one of the most notable architectural structures of its time. Nawal Bahawal Khan built this palace in 1904 and gave it the name ‘Bhawal Garh.’ The residence was completed in 1905, and it was dedicated to one of the Nawab’s wives. The palace is a masterpiece of the City’s rich cultural heritage. It is combining architectural elements from local and foreign traditions. This palace exudes refinement and class, but sadly, the public has little access to it, and the rest of the palace’s control is with Army for their official housing. 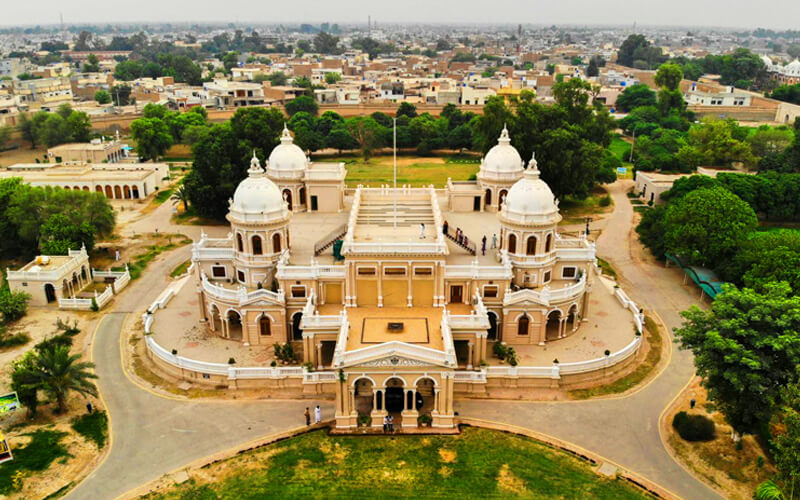 The construction of the Gulzar Mahal took place during Nawab Sadiq Muhammad Khan IV’s reign. The architecture is similar to that of the Noor Mahal, with elements from European design. The palace’s walls are hidden with electrical wiring. The palace combines traditional and Islamic styles. It is an excellent teaching tool for visitors interested in learning more about Bahawalpur’s history and architecture. 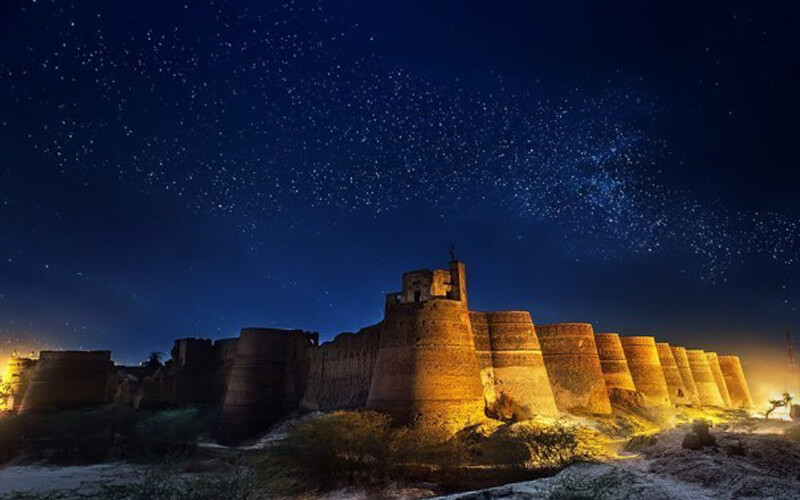 Derawar Fort is a massive fortress situated 130 km from Bahawalpur in Ahmadpur East Tehsil of the Punjab, Pakistan. The Fort is beautiful and fascinating, with walls that are thirty meters high. The sight of this location spellbinds people. The fortifications have a height of thirty meters. Rai Jajja Bhatti, the leader of the Bhatti clan, built this fort as an homage to Rawal Deoraj Bhatti, emperor of Jaisalmer and Bahawalpur. The Abbasis later acquired control of it, and rebuilt the present structure. Derawar fort and Cholistan desert are becoming more visiting sights for tourists from the country and outside. 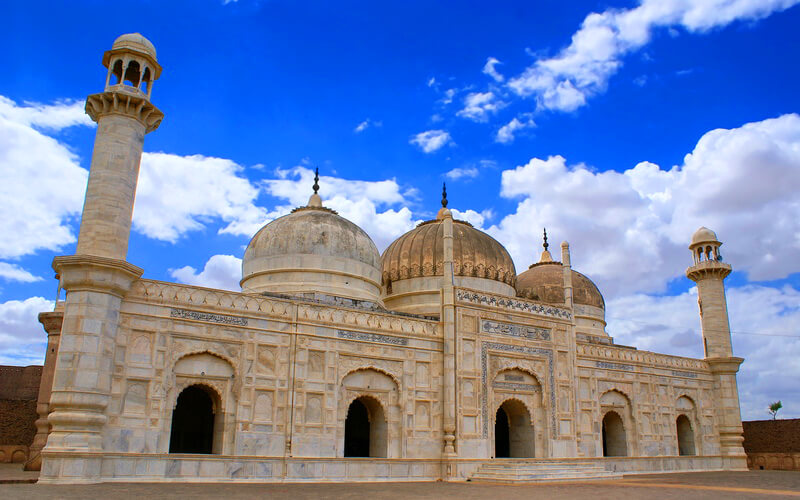 This ancient mosque is near the Drawer fort in Cholistan. It is made with white marble similar to Shah Jahan’s moti (pearl) Masjid in Agra. The Abbasi family has maintained it since the Nawabs of Bahawalpur, descendants of the Abbassis. Along with the Derawar Fort in the Cholistan desert, which proudly stands, is next to a magnificent rural Pakistani landscape with mango, sugar cane, and fish farms. 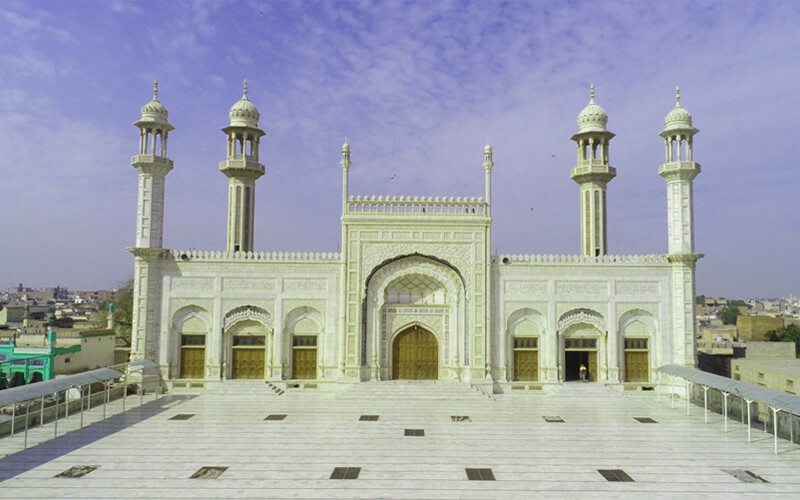 It was constructed by the Nawab Sir Sadiq Muhammad Khan Abbasi V at more than 12 feet above ground level. During the Eid Festivities, it can hold up to 50,000 to 60,000 people at once. It is one of Pakistan’s well-known Mosques in the same sense as other prominent Mosques. 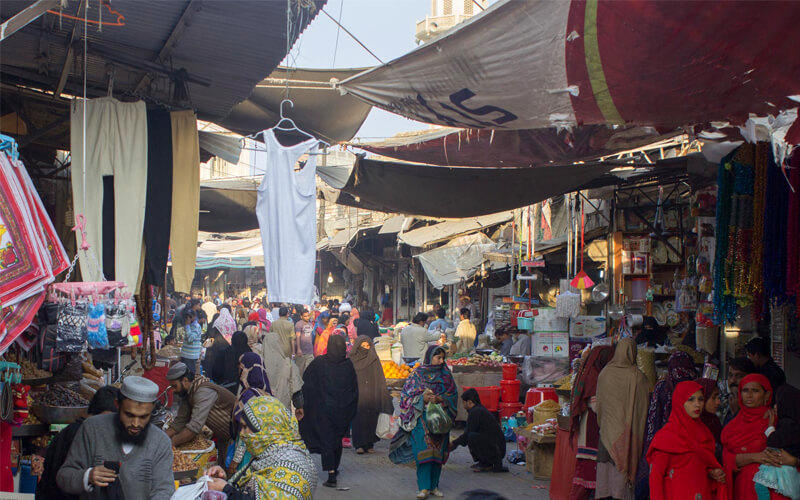 The most notable shopping areas in Bahawalpur are Shahi Bazaar are also included the best places to Visit in Bahawalpur. It contains Rangeela Bazaar, Machli Bazaar, and Farid Gate. The road from Farid Gate to the Shahi Masjid passes by Phoolon Wala Chowk. The stalls begin to appear when the sun sets. Sizeable buyers visited these famous bazaars every day. It’s Food and Shopping in the City, which is a big draw for visitors. The City has several merchants and artisans who offer artwork for tourists and visitors. 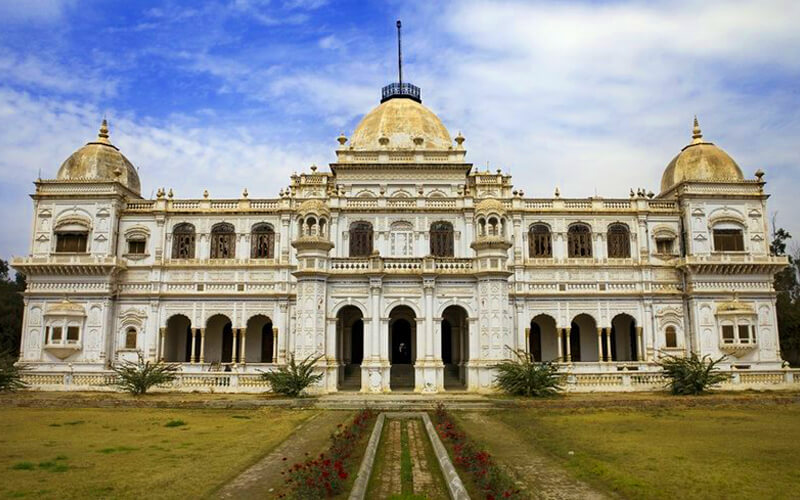 Sadiq Garh Palace is a famous cultural heritage of Pakistan. It encompasses 125 acres and is among the world’s prominent buildings. The magnificent palace, built around 175 years ago by the Nawab family of Bahawalpur and cost Rs1.5 million, required 1,500 workers to complete it. As a result, the Sadiq Garh Palace is one of the most renowned historical structures in the world. Keeping in mind the cultures of various countries of the world, 120 rooms had built in the palace to feel an environment similar to their home. In addition, a magnificent hall was constructed for the Darbar, where Nawabs would converse with their subjects. 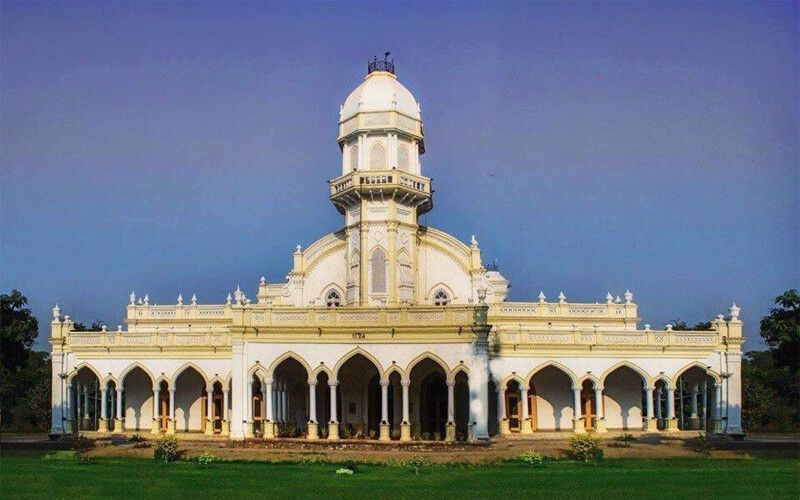 The Central Public Library Bahawalpur is one of the historical libraries in Pakistan. Its construction began in 1927. And it was under the supervision of Ameer of Bahawalpur, Nawab Sir Sadiq Muhammad Khan Abbasi V, and Sir Rufus Daniel Isaacs. The Library designs were inspired by the Classical Italian Style and proceeded through several phases during their development. So, it grew from a single portion to three separate portions: a Main Hall for Women and Children, a third part for students researching in Bahawalpur Khawaja Fareed, and a fourth area where individuals can obtain all of their research data without being members.

Royal Graveyard in the Cholistan Desert: 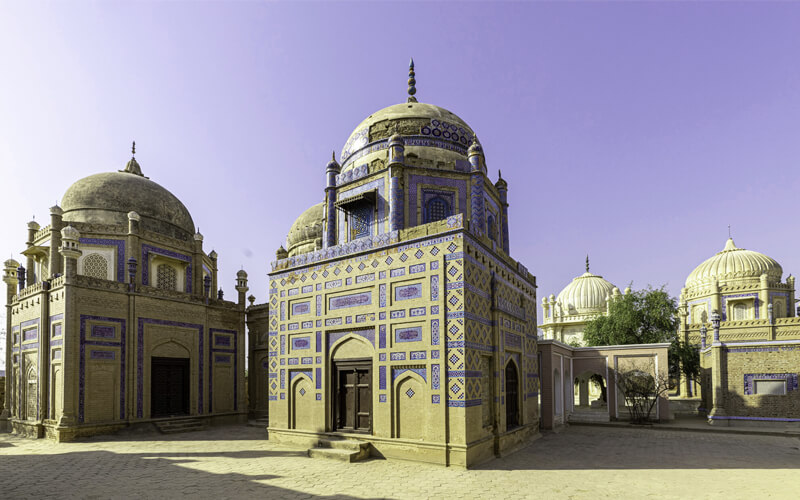 The Shahi Masjid Derawar is located roughly a half-mile away from the royal graveyard of the Abbasi family. The Abbasi family was the ruling Nawab dynasty of Bahawalpur, and all former rulers are resting here in this royal graveyard. The graveyard is still in the hands of the Nawab’s surviving family members. All of the 12 Nawabs who ruled Bahawalpur State have graves in a vast rectangular chamber. It also contains the tomb of Nawab 1966, who was given the honorary title because the state joined Pakistan. So we listed it also it best place to Visit in Bahawalpur. 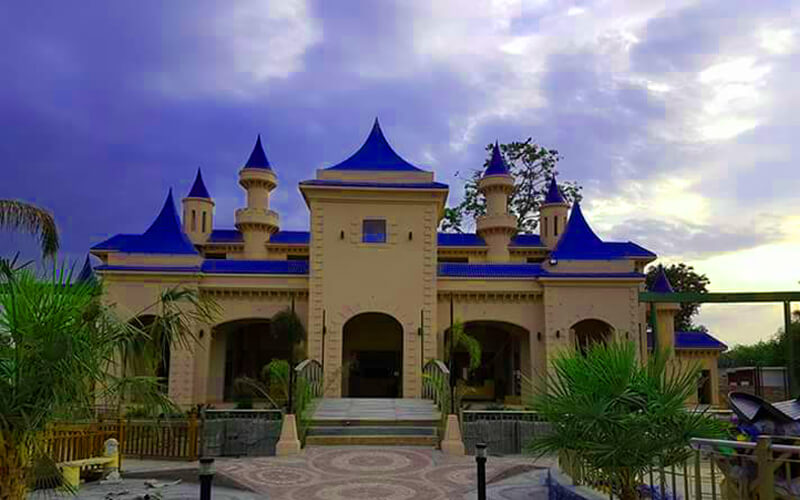 SS World Park is located in the elite area of Model Town near Sraiki Chouk, a clean and well-maintained area of the city. Park location is very easy to reach even from other parts of the city through Circular Road & Ahmedpur Road. The Park is a state-of-the-art amusement park that provides entertainment and enjoyment for the whole family at an affordable ticket price & a great location. SS World Amusement Park offers various interesting indoor and outdoor games for families and kids like a water stream, waterfall and has one of the best food courts in Bahawalpur. 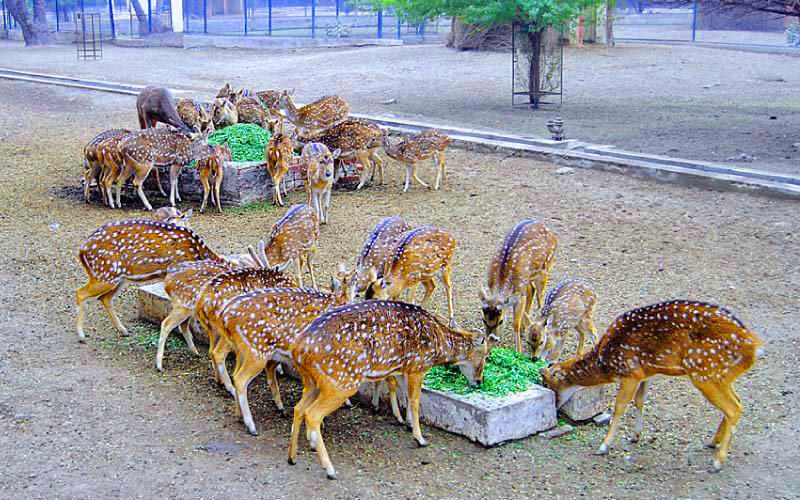 Bahawalpur Zoo is a place for both adults and youngsters to have fun, but it may also be a significant source of help for students who research wildlife. A Fish pond, which houses various kinds of lovely fish, including starfish, is also on the premises. The Bahawalpur Zoo was founded in 1942 by the former Aamir of Bahawalpur, who became the state’s first chief minister. The zoo’s management was transferred to the Department of Agriculture in 1955 after Pakistan’s affiliation with the state of Bahawalpur. However, the zoo was under the control of the Punjab Department of Live Stock until 1977. The zoo is unique and different from all other zoos in Pakistan in terms of the procreation of lions. Besides that, this zoo holds the pride of the Bengal tiger, dapple tiger, and black bear for the first time in Pakistan. 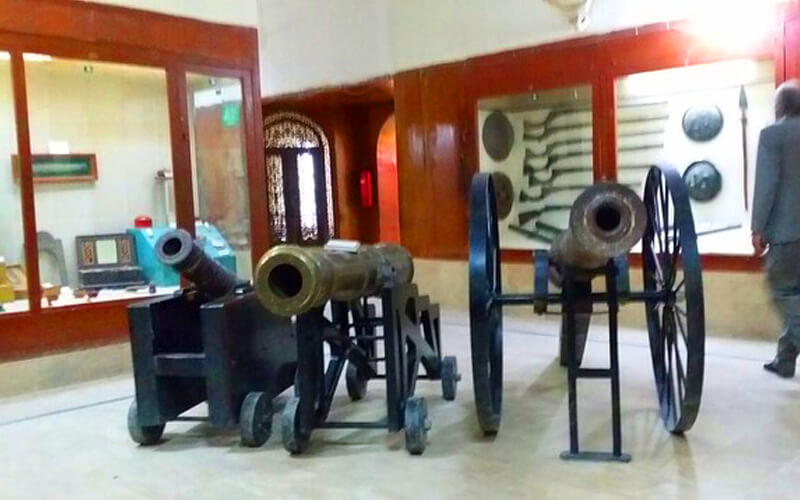 The Bahawalpur Museum is well-known for demonstrating the Cultural Lifestyle and Historical Heritage objects. Its prime circular road near the Central Library attracts many visitors every day. It was established in 1976 under the control of the Bahawalpur District Government. For the more time-efficient efforts of Bahawalpur Museum, it has organized numerous exhibitions and seminars simultaneously for history lovers, tourists, and families like Seminars and Symposiums in various genres of art, and antiques that represent the archaeology, ethnology heritage of ancient, and modern history. 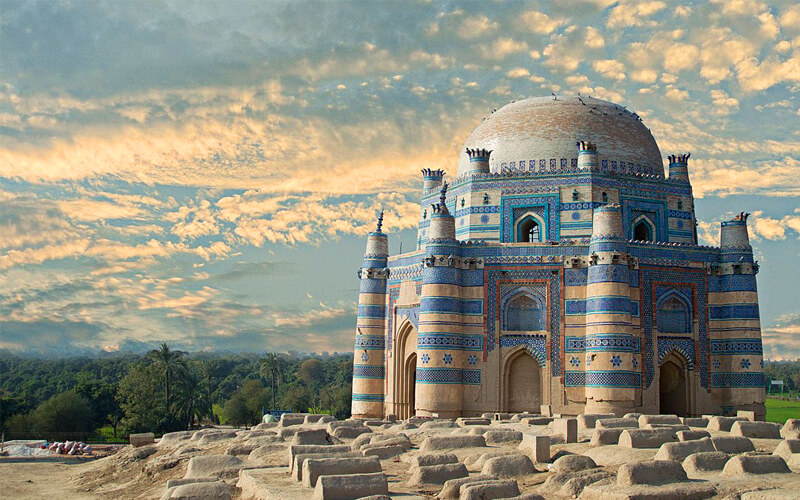 Bibi Jawindi’s tomb is located northwest of Uch Sharif, on a modest hillside beside the remnants of several other architecturally significant graves, including those of Ustad Nuria and Baha’al-Halim. The monument honors Bibi Jawindi, the great-granddaughter of Jahaniyan Jahangasht (1307-1383), a student of Baha’al-Halim. Who is credited with having aided in the construction of his teacher’s mausoleum? An Iranian Prince had financially helped in the construction of the tomb. Unfortunately, the three tombs in this location got partially ruined. Because of owing to massive water damage in 1817 that caused the western side of the tomb to collapse and harm those around it. 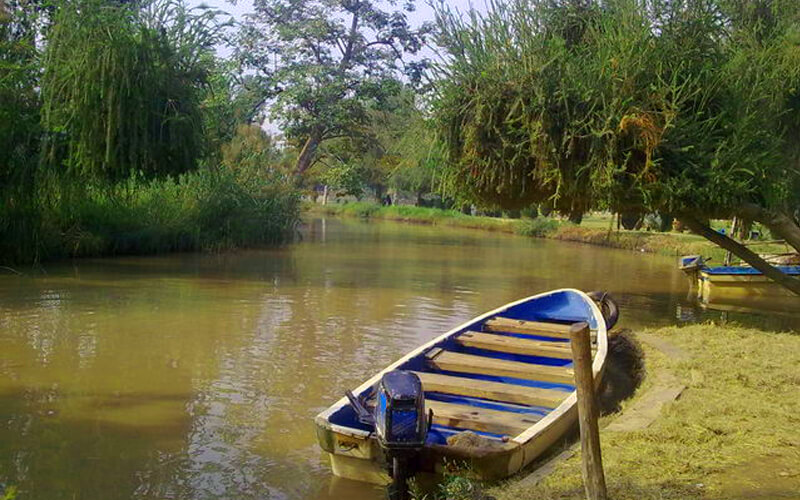 The Lal Suhanara Park is about 18 to 20 kilometers outside Bahawalpur city. It is very famous and can add it in the list of best places to Visit in Bahawalpur. The sight is quite fascinating. You will find wheat, rice, sugarcane, mango gardens, and other lush fields in the way between Bahawalpur and Lal Suhanara National Park. The visitors do enjoy the truly natural environment during their traveling. The park is on one side, and the river is on the other. On either side of the park, trees are growing on the banks of the river. From diverse regions worldwide, many beautiful birds migrate to this area every year. Lal Suhanara is a black deer, peacocks, and many other breeding farms.

1 thought on “15 Best Palaces to Visit in Bahawalpur : Sights and Historical Landmarks”