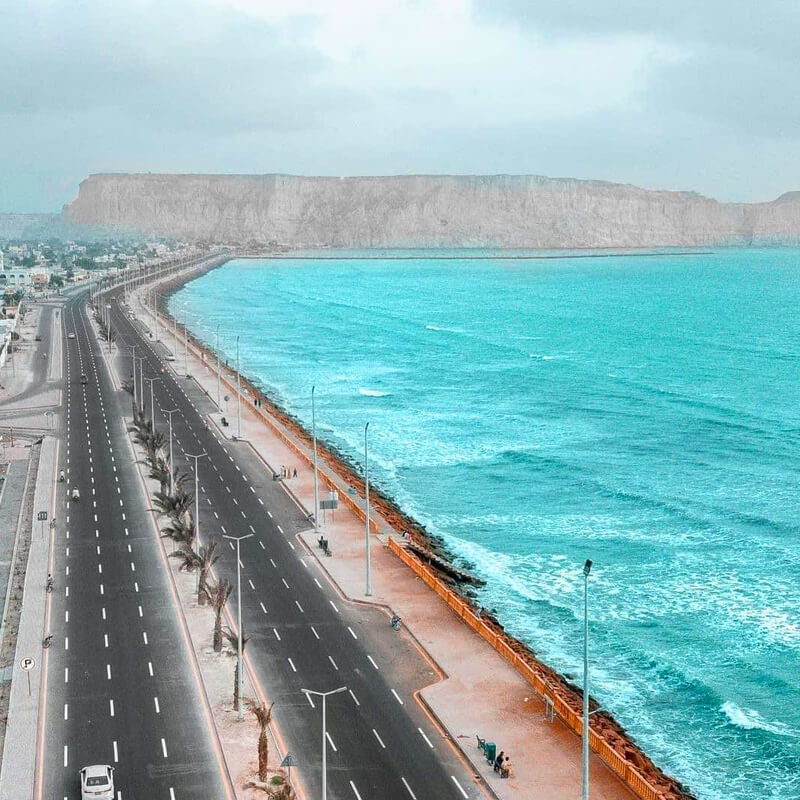 Where is Ormara Beach in Pakistan?

Ormara is a town in the Gwadar District of Balochistan Province, Pakistan. It is a seaport located in the Makran Coastal region. And about Ormara beach map and location, it is situated 344 kilometres west of Karachi and 230 kilometres east of Gwadar on the Arabian Sea.

The city of Ormara was known as Area during the Roman Empire. It has around 40,000 people, with 50% Sunni Muslim and 50% Zikri Muslim. From the ongoing road, the outskirts of Ormara Beach provide an exquisite perspective of water and mountains. Alexander the Great visited this region with his army for a few days on his way back after conquering Sindh, Punjab, and the Khyber Pakhtunkhwa regions in 400 BC.

During his visit to the Area, one of his generals named Ormoz died there, and the present-day city was named after him. Ormara was a war zone for a long time, with the Baloch Sardar (local feudal) fighting foreign aggressors. It formerly belonged to the State of Lasbela and is now part of the Makran Division.

Ormara has a deepwater port and fish harbour. In addition, Ormara is the home of Pakistan’s Navy’s Jinnah Naval Base.

Many local businesses have developed here in recent years, with employment prospects for locals. This development also connected the country’s rural areas more directly to Pakistan’s major urban centres, allowing faster transport of products, trade, and people. Fishing is the most common employment in the city, while a few individuals work in Middle Eastern nations.

Places to visit near Ormara Beach:

Ormara Beach is close to several tourists, picnic sites, and attractions. Kund Malir Beach, Princess of Hope, Balochistan Sphinx, Golden beach & Chandragup Mud Volcano, are all worth seeing. As a result, Ormara has both a port and a fish harbour. The Pakistan Navy’s Jinnah Naval Base is also located there.

Is it safe to go to Ormara Beach?

The Jinnah Naval Base of the Pakistan Navy is now based in Ormara, making it safe for tourists, families and travellers looking for some peace from their hectic daily routine.

What is there to do in Ormara Beach?

Top Tourist Attractions of the area